The product:
Visualization of a technological process based on its mathematical/computer model with the option of interactive process management according to the scenario, which can be set both beforehand and in real time. It can be integrated with real or emulated equipment (microcontrollers or industrial controllers).

The task of the project:
Designing a digital copy of equipment/production for different purposes: from observation of complex engineering solutions to real-life object management and predicting their performance relying on their mathematical/computer models.
Such projects as this one also provide users with a variety of possible situations (like simulating an explosion with damaging anything).

What we did and how we did it:
We developed 3D models of the objects based on the references from factories/equipment/machines and animated these models, making the processes as precise as possible. We also worked on animating some incidents that might occur. For example, the following incidents can be added to the simulation of a real-life production process: cistern overflow, freezing or boiling of liquid substances, pump/reactor explosion, different sorts of leakage.
We created mathematical/computer models in two different ways: in the Python programming language and with the help of a special modeling environment called OpenModelica. An iPad application, a web-admin panel, or a 3D scene (SCADA analogue, but in 3D) itself can serve as an interface for initiating the scenarios. We also realized the binding of SCADA with industrial controllers.
For binding with real-life equipment we used PLC by Siemens and Schneider Electric, Arduino. We transferred the upgraded Arduino model into an emulated environment, which allowed us to opt out of using a physical stand and go for simulation instead. 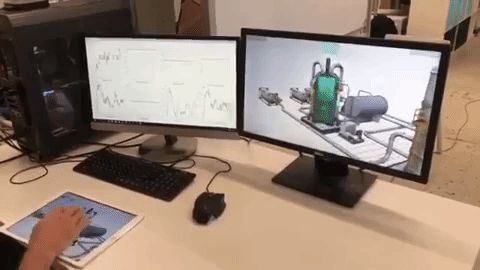 Specifics of the project:
-Web optimization and usage of cloud services are possible, ensuring availability and for the end-user, who will not need to go through a complicated process of adjusting the environment
-The developed solution can be binded with both real equipment and its software emulation.
-Neural network training based on the collected data, which can be used for predicting the future state of the system (this feature will be useful for emergency control and alert). It can also be used in order to create a “ghost rider” mode for the users to train on emergencies scenarios, using a digital copy.

Usage:
This concept was used to realize such exhibition solutions as Plantsim 1.0, Plantsim 2.0, KicsSim, and Phygital Platform designed to demonstrate an enterprise performance in various situations and to 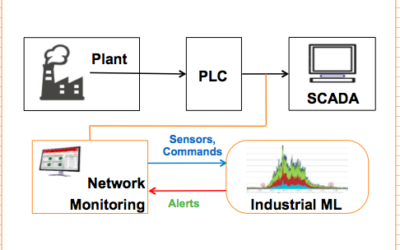 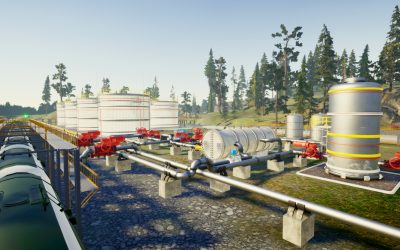